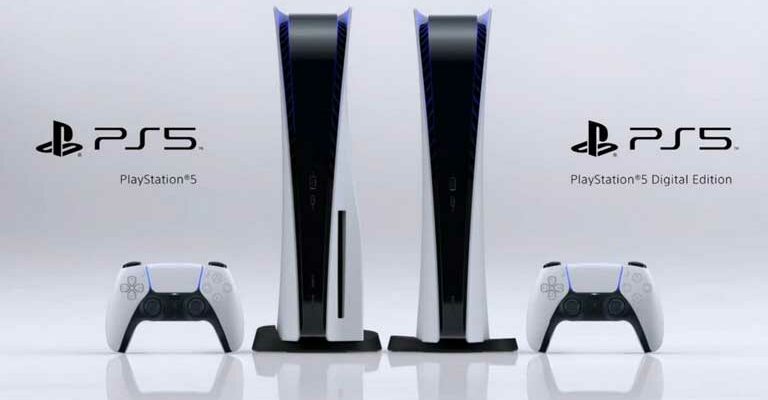 The new Playstation 5 console is finally on sale on Aliexpress. This article will help you get an idea of what kind of prefix it is. Like any technique, it has its pluses and minuses.

It is quite difficult to evaluate design, because everyone has different ideas about beauty. The first thing that catches your eye after unpacking is the large white plastic panels. They resemble the wings of a futuristic apparatus. It can be seen that the developers tried to make a designer object out of the console, which will attract everyone’s attention.

Plastic panels, on the one hand, are impractical. It is unknown how quickly they will get dirty and collect dust. On the other hand, this is a huge field for creativity. Limited editions of consoles, stylized for a specific game, are coming soon. Perhaps these printed panels will be sold separately.

The Playstation 5 stands out for its size. Its dimensions are 392610.4 cm. Even in comparison with the Playstation 3, which many scolded for its bulky dimensions, the “five” looks impressive.

The eight-core Ryzen processor from AMD with a frequency of 3.5 GHz is responsible for the performance of the new “curling iron”. Performance is provided by 16 gigabytes of built-in GDDR6 memory. For data storage installed SSD-drive with a capacity of 825 gigabytes, of which 667 are available. The developers say that they have created a new graphics engine and added a data controller that works directly with the disk. In theory, this should make the loading of games even faster, and the graphics quality. Changes have also taken place in the field of sound. A Tempest 3D chip was installed on the PS5. It gives three-dimensional sound even in the headphones and built-in speakers of the TV, not to mention home theaters, which a small number of users have.

Setting up your PS5 for the first time

The set-top box includes several cables for different connectors. This is a power cable, HDMI, USB for gamepad and external hard drive. What and where to connect is described in detail in the instructions. The only thing worth paying attention to is that the console does not support resolutions lower than 1440 pixels.

The setting can be done using a smartphone on which you need to install the PS App and scan the code with the camera from the monitor screen or TV. The application has been translated into Russian, there should be no problems with understanding. In addition to customization, the application allows you to add friends to PSN, watch achievements in games, buy games on the console directly from the phone and also notify the user about downloading games.

After setup, the system will download updates of about 800 megabytes and then offer to transfer data from the previous PS4 console, if there is one.

It’s worth starting with what the developers focused on even before the console was released. This is called backward compatibility. The user can run games from the previous generation of consoles and the performance should not “sink”. In fact, it turned out not quite as expected. Yes, the 20 games included in the PS Plus subscription are working almost perfectly, God of war has raised the number of frames per second. But the rest, for example, “Dishonored 2” have freezes and an unnatural glow.